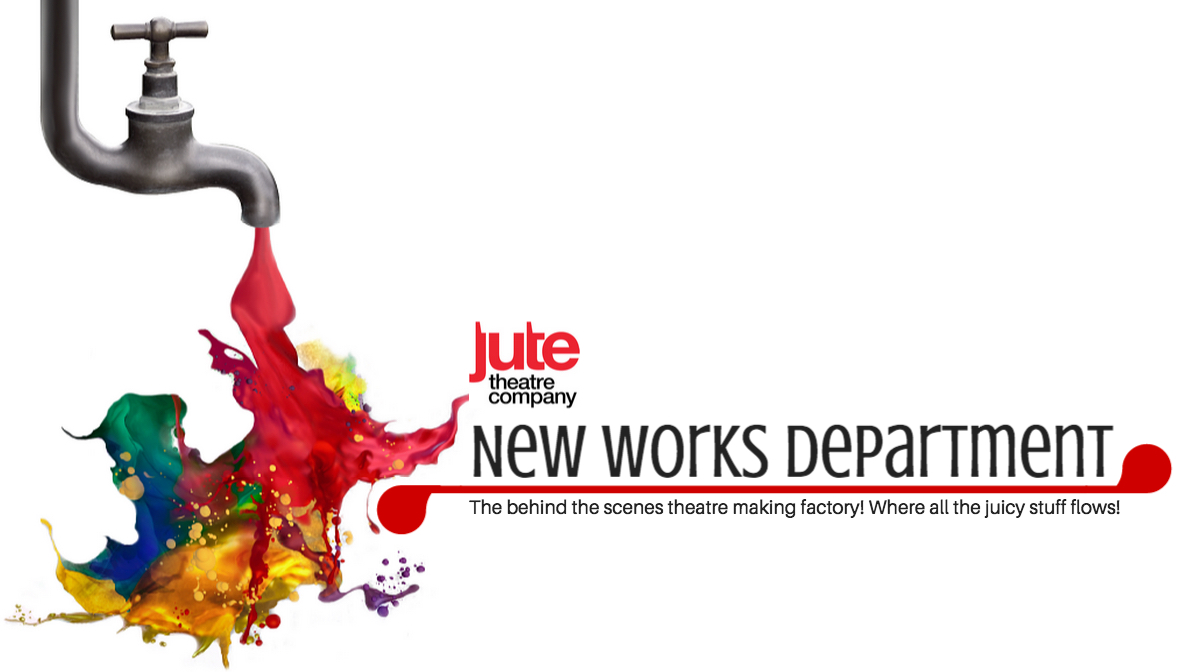 WHAT IS THE “NEW WORKS DEPARTMENT”?:
The New Works Department is a program that takes the development of new scripts/projects to the next level. This is the ‘juice’, the stuff not usually seen by people outside the theatre world. The New Works Department will open its doors and invite you in to be part of the development of this creative theatre project.

Following a week of development, we present the work in a one-night only public Show & Tell event, followed by a Q&A between the audience and the creative teams. You will hear the work being read, observe the actors working with the director, listen in on the conversations between playwright, dramaturg and director. You will see creativity in action, as the work is stretched and pulled into shape.

WHAT WORK IS BEING DEVELOPED?
Bones by Madonna Davies: JUTE’s final new works for 2015 is ‘Bones’ by Madonna Davies, about a young boy in a dying town who is fixated with bones. In a one-pub town in central Queensland, a young boy hears and sees things that regular grown-ups fail to notice. When he finds a Dinosaur bone the town is changed forever.

About the Playwright: Madonna Davies has been working in the arts for most of her life. She is the President of Full Throttle Theatre Company where she oversees and manages the program with a team of dedicated volunteers and professionals. Madonna has performed in many productions and directed a number of shows for Full Throttle Theatre. She has a Bachelor of Theatre from James Cook University and was accepted as a Queensland Culture Champion.

It All Begins With Love

It All Begins With Love

Is My Lipstick On Straight?

Is My Lipstick On Straight?