Moving to Cairns and finding the right suburb can be an arduous task, yet it is important to know which suburbs and houses in Cairns are prone to flooding.

When it comes to the wet season, Cairns is nothing short of spectacular. The mountains mist up, green tree frogs can be found all over and the rains can offer great reprieve from those humid Summer days. Unfortunately, it can also come with cyclones and when these hit the coastline, storm tide surges can create great destruction.

So what happens with a storm tide surge? Well, if a cyclone is off a coast line, it’s possible that it can cause sea levels to rise much higher than usual. Intense onshore winds can create massive surges of water great distances inland, especially on a high tide, resulting in flooding, destruction of land and property and even lost of life. Areas affected most by storm surge are those that are low lying, primarily located on coastal regions, yet storm surges can move much further inland on a high enough tide.

Many Cairns suburbs are affected by storm surge including the Northern Beaches, Cairns CBD and South of Cairns. To read more about zones that are most affected around Cairns by storm surges, you can grab more information from the Cairns Regional Council website on storm tide surge and evacuation maps here.

It is wise to do your research if you are looking to move to Cairns or buy property in Cairns, as areas more prone to flooding obviously come with a higher insurance premium and greater risk of being damaged in the event of a cyclone.

Zones constantly shift with property and suburb development, so it’s always good to visit the Cairns Regional Council site often to keep up to date with current “hot zones”.

Living in Cairns with a Pool 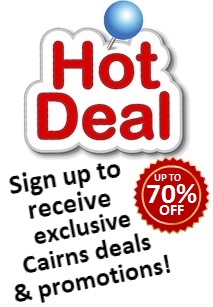